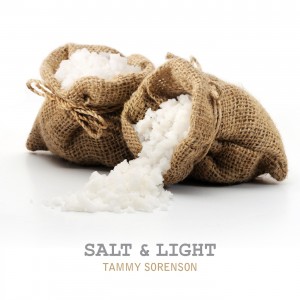 True Story Testimonies
I sent my upcoming new instrumental CD release, Salt & Light, along with my daughter to work, as she’d been having some difficulties with a particular student’s behavior impacting the rest of the classroom. The student is struggling with being cooperative, and is generally busy running around the room distracting the other students. On this occasion, as soon as my daughter put in my CD, her student went over to the CD player and spent much of the day by the CD player with his hands in front of the speakers, simply swaying peacefully back and forth, repeatedly asking my daughter if, ‘she could feel it?’ He was loving the vibrations and frequencies of the music through the speakers, which demonstrated an awesome calming affect on the child. The entire class had a much better day.

My daughter also uses my other instrumental CDs during quiet time, as the music helps shift the atmosphere in calming the children for naps, reading, creative activities, etc.. I have another friend who does daycare for her preschool grandchildren, who also love my CDs. They call my music the ‘feel good’ or ‘be good’ music, depending on the CD.

I am also receiving great feedback from VoiceBio clients (I absolutely love doing VoiceBios & personal ministry)! I was blessed to do a VoiceBio yesterday. While playing/singing in the key revealed by the VoiceBio data, my client was overcome by the syncing of the ice melting on our front porch as a visual to the music. It was as though the music was directing the very rhythm and timing of the icicles dripping down from the roof top. The drops stopped as soon as I finished recording the music piece of the VoiceBio session. I was entirely focused on being the vessel that the music could be released through, the keyboard settings, Holy Spirit leading of the words/decrees sung and interwoven in the mix, therefore completely oblivious as to how the client was being impacted visually, as well as aurally. I forgot to set out my Kleenexes…a must for every client, as it happens almost every time. Holy Spirit presence meets us/speaks in such a tangible, healing way. The client was disappointed they had left their phone in the car to avoid being distracted, as they would have loved to have recorded what transpired during those 30 minutes of spontaneous music with creation responding to the frequencies and the song. Next time my camera aims out the window instead of at the keys. I have a similar testimony when I did Dr. Chuck Thurston’s VoiceBio. His computer screen colors began responding/dancing in tempo, timing & musical flow to the music. I have a video clip of that on my Sound Expressions website. I simply love being a vessel our Creator can flow through on behalf of others!!! Be sure to check out my customized Sound & Healing Therapy Sessions on this site!

I am receiving numerous testimonies of my music facilitating sleep for those who battle insomnia, as well as being great music for yoga, meditation, and stretching exercises. Sound Expressions! Look for my upcoming new CD release, Salt & Light, one week from today, March 9, 2015, at The Arts Expressed website, CD Baby, iTunes, The Arts Expressed Facebook Music Store, or wherever digital music is sold!